by Marketing Team / Wednesday, 31 July 2019 / Published in The Company 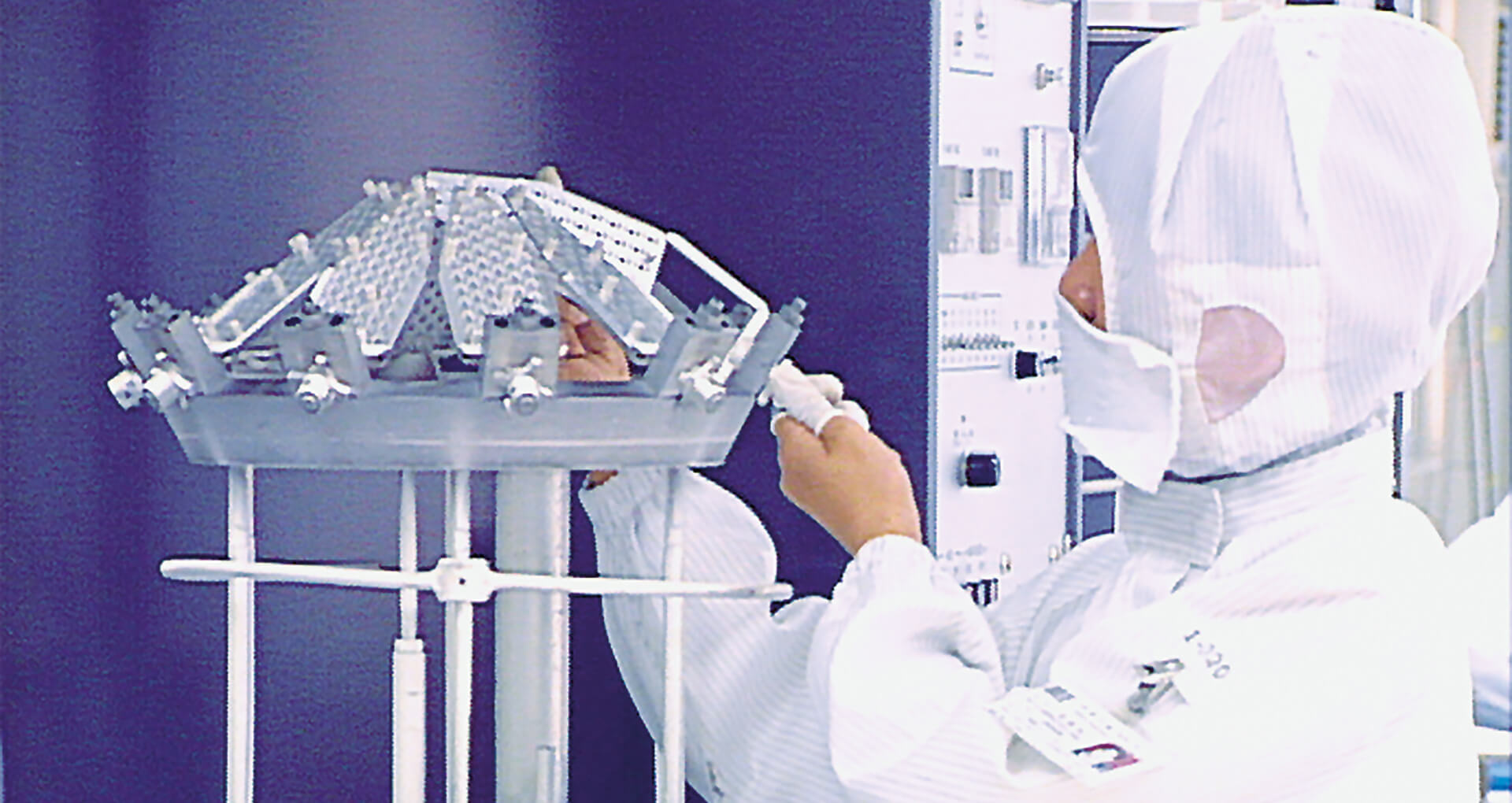 Like many things that have their roots in the Black Forest, the Jauch Quartz success story begins with clocks and watches: one of the biggest hits of the 1950s, along with wrist watches and longcase clocks, was the alarm clock in a metal case. After all, no one wanted to miss out on the economic miracle, and who could sleep through these alarm clocks, particularly if they were placed on something like a porcelain plate? It was in the Black Forest in 1954 that Herbert Christian Jauch established his company as a supplier to the Black Forest clock industry.

From the outset, Herbert C. Jauch focused on precision and expertise and, as a trading company, also started selling the precision rotary parts that were in such high demand among clock makers. Axes, shafts and cogs made with Swiss precision were popular in the clock and watch industry of the Black Forest. But time marched on, and plastic as an alternative to metal became increasingly dominant. Jauch recognised the sea change, identified an innovation in Switzerland in the form of plastic clock faces with a brass appearance, and brought this new idea into the booming clock and watch industry in Germany. The clock industry and its links to Switzerland were a source of new ideas and provided access to new opportunities for the trading company at the time.

Listening was the key. Even at this time, it was extremely important to have your finger on the pulse, despite having a business that is running perfectly with full order books. The realisation that the production of mechanical clock mechanisms is coming to an end came at the end of the 1960s with the design of battery-operated clock mechanisms. From this point on, clocks run differently: mechanical clocks and watches are replaced by electronic versions. Finally, the age of the clunky metal alarm clock was over. The traditional mechanical clock mechanisms for everyday use are driven out of the market in the 1970s by two waves of innovation. Plastic replaced metal, the electro-mechanics and then microelectronics of quartz clocks and watches took the place of mechanical mechanisms.

Once again, the company founder had his finger on the pulse and realised at an early stage that miniaturisation and electronics are the technologies of the future. In 1974, Thomas Jauch, son of the company’s founder, joined the company, and the age of electronics began in the company. Herbert C. and Thomas Jauch took over as the European representatives of Motorola and provided access to the very popular clock quartzes for the clock industry in the south-west.

The expansion of electronics into other industrial areas allowed the portfolio to expand quickly. The right pulse was essential not just for clocks. Jauch became a main supplier to the German entertainment electronics industry, supplying, among other companies, the Saba works and Dual in the Black Forest, Grundig at a national level, and exporting frequency-controlling components from Villingen-Schwenningen all over the world. Life became increasingly mobile, electronics became more portable, and the appropriate energy source was required – in 1976, Jauch took over as the representative of Renata, a Swiss battery manufacturer. The foundation stone for the important second arm of the business, namely battery technology, was therefore laid a full 41 years ago.

Proximity to the customer and an understanding of the needs of developers and manufacturers of electronic devices gave the company the opportunity to broaden its horizons. Motorola, at that time, the American market leader in semi-conductor technology, appreciated Jauch’s expertise and sought even closer collaboration with Jauch.

Present in Numerous Products and Applications

The cooperation with Motorola expanded in the 1980s to the semi-conductor sector, piezo products and even monitors. The Black Forest company therefore expanded into the world of finished goods, in which experience in the areas of service and support remains important today.

The company H. C. Jauch continued to grow. Pulse generators from Jauch were in demand in telecommunications, entertainment electronics and white goods, and were fitted in the first PCs and games consoles – like the Commodore 64 – and the first Siemens mobile phone. Experience with these products and from cooperation with their manufacturers laid the foundation stone for the coming years and for the development of the company into an international producer and partner of the electronics industry.

The focus was placed on the production of frequency-controlling components and on battery technology. Cooperation agreements were concluded with manufacturers in Japan and Taiwan for the production of quartz and oscillators before the company finally opened its own branch in Hong Kong. The demand for more complex frequency components increased quickly in the electronics industry. In 1986, Jauch presented the first oscillator in the dual inline (DIL) housing. Through cooperation with JVC in Japan, Jauch gained access to oscillator technology and supplied quartz oscillators for electronic typewriters to traditional brands such as Triumph-Adler.

In 1987, Thomas Jauch took over as managing director and pushed forward with the development of business relationships in Asia. One year later, the first plant in Putian (China) was established for the production of the HC49/U. As early as 1988, Jauch presented its customers with the first quartz oscillator in SMD design.

The pioneering spirit that marked its approach in Asia paid off. In the coming years and in quick succession, Jauch established production facilities for standard quartz in large batches and concluded numerous cooperation agreements that are still in place today. But in Europe, too, developments continued: the company’s own quartz production facility was set up at its headquarters in Villingen-Schwenningen. With the collapse of the DDR and the opening up of the east, new opportunities emerged at the beginning of the 1990s. Following the fall of the Berlin Wall, Jauch took over the quartz production facility of Narva in East Berlin. Together with former employees from the West German Standard-Elektronik-Lorenz, Jauch operated from the East Berlin site for two years. In 1993, it was relocated to Villingen-Schwenningen, where a new sales, technology and production centre for high-precision AT quartzes was opened. New frequencies were developed here and put into mass production.

The company was now in a position to manage the entire production process for frequency-controlling components and to supply products of uniquely reliable quality. With these facilities, the headquarters in Villingen-Schwenningen became a training centre for technical staff and managers from the Asian production sites. Leading production staff were trained in the latest technology and became familiar with customer requirements. The key to success was creating the conditions that allow production series from the far east to meet the high quality requirements of western brands. Development continued in rapid stages: In 1993, production began in Indonesia with P. T. Great. In 2000, Jauch took over production facilities of the long-term Japanese partner Meiden in Singapore and Malaysia for high-end production of low-profile SMD quartz, such as the MG3A, SMU2 and SMU3 designs. A few years later, the production technology was transferred to Indonesia. The combination of a German development, technology and research centre and series production in Asia ensure a leading position in technical consultancy and design-in and guarantee quality to German standards.

The globalisation of production was followed by the internationalisation of customer service. At the beginning of the quartz era in the 1970s, Jauch continuously built up its sales network with representatives and distributors. Long-term partnerships, which are still in existence today, provided access to international markets. Jauch has had a presence with its own subsidiaries in the technology-driven countries with the strongest economies in Europe for many years: Founding of Jauch Quartz France in 2003, followed by Jauch Quartz UK in 2004. Development of a sales network in the USA began back in 2002. Jauch Quartz America is a distribution, technology and logistics site. The company thus has a worldwide presence – at all locations where ideas are created, and innovations are developed and produced.

As consistently as Jauch has developed into the leading producer of frequency components in Europe, has the second arm of the company, battery technology, grown from a retail operation to manufacturing of battery systems, too. In 2003, the range of button cells was extended to include standard and niche products for consumer and industrial electronics. In 2004, a test centre for cells and batteries was established. One year later, the portfolio was extended further to include the company’s own Cellsius brand and battery holders for button cells that have been developed in-house. In 2007, the first customised lithium-ion and lithium-polymer battery packs were launched. In 2010, further development and production resources for customised battery systems were set up at headquarters in Villingen-Schwenningen.

In the following years, capacity continually developed with further production lines. A new competence centre for battery management systems was set up in 2015, and our own test laboratory was created in 2017. Today, Jauch is an internationally-established brand and supports its customers with cutting-edge innovation in its products, with ever-more efficient and more compact solutions. “Our success is the success of our customers. The success of our customer is our success” – that was the credo of Herbert Christian Jauch. Complex solutions for medical technology, smart-home automation, garden and household appliances, mobile phones, mobile measurement technology, and the vehicle industry require particular expertise and reliable partnerships. The development and production of prototypes and high-quality small series, sales, technical advice, controlling and Europe’s largest logistics centre for frequency components are therefore located at the headquarters in Villingen-Schwenningen.

Standard quartzes are produced in large series in China. Some of the key reasons behind the success of Jauch Quartz as a company are good advice and conscientious technical support. The firm has learnt from its history and can rely on its experience and knowledge from development and production: from the manufacture of quartz bars to logistics, Jauch maintains a complete overview of quality and costs.

The crucial factor in this independent, family-run company, however, is people: The specialists who work here are fully behind their products and the company; specialists who work on the perfect design-in in their laboratory and are proud of the high and reliable quality they achieve. This attitude has made Jauch into a brand that is now a leader in the field of frequency-controlling components and is in high demand on all continents. And with its activities in the growth market of lithium-ion and lithium-polymer battery packs, the next milestone in this success story has been set.

Jauch Will “Leaf” You Smiling at Trade Shows this Fall 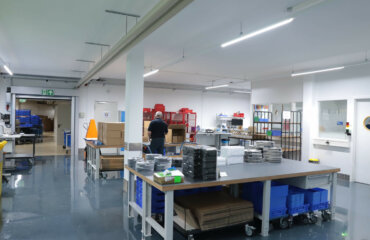 With Lean Management and the 5-S method to more efficiency